Warning: Use of undefined constant REQUEST_URI - assumed 'REQUEST_URI' (this will throw an Error in a future version of PHP) in /home/projectfreetvonl/lucysmilesaway.com/wp-content/themes/jannah/functions.php on line 73
 10 Affordable Dream Vacations You Can Take in 2020 - A Travel Blog
Facebook Twitter LinkedIn Tumblr Pinterest Reddit

The problem with a dream trip is that it can easily stall out in the dreaming phase. The new year is here to help though, with travel prices that put incredible dream destinations within reach of more travelers.

Think barge cruising French canals, basking on a private island in Belize, or taking that once-in-a-lifetime trip to Laos. Make 2020 your best travel year yet with these affordable-and-amazing vacations.

Be the First of Your Friends to Visit Up-and-Coming Montenegro:

If you haven’t heard of Montenegro before, you’re not alone; but this is not a destination that will remain unknown for long. Between five jaw-droppingly gorgeous national parks and its more than 120 beaches, this tiny Balkan country has some of Europe’s most exceptional scenery.

Explore glacial lakes, medieval villages, and all those picture-perfect beaches—the coastal area is better known among tourists, while the Northern and Central mountain regions offer a more off-the-beaten-path experience.

While on the ground-costs are low (Montenegro also uses the Euro), it can be a bit tricky to get here, since there have historically been few air routes to the country.

Recently though, more routes have opened up, connecting the former Yugoslav Republics via Brussels, Frankfurt, and Zurich, according to Scott’s Cheap Flights. Plus, Montenegro is only a three-hour drive from Dubrovnik, Croatia, which has a nonstop flight to/from Philadelphia.

Sunbathe on the Beaches of the Portuguese Riviera

You’ve been hearing about Portugal as a hot destination for years (mainly because of its affordability), and that trend continues in 2020. Between plenty of (and constantly expanding) nonstop air routes from the East Coast and affordable room rates in its popular tourist destinations and a favorable Euro-currency, Portugal truly is an accessible and inexpensive dream destination.

Travel to the Portuguese Riviera, which consists of the regions west of Lisbon, Cascais, Estoril, and Sintra. The area is accessible via car or train from Lisbon, so combine this dreamy vacation with a stop in the capital city, or continue up along the coastline.

Or opt for Contiki’s nine-day Portugal City & Surf tour, which combines the best elements of a vacation to Portugal with stops in Lisbon, Porto, Santa Cruz, and Lagos. Prices start at $1,619 ($180 per day), with most activities included.

2020 is France’s year for affordability and events. Between new budget airline routes and a favorable exchange rate with the Euro, there’s no reason to hold off on an affordable trip to France any longer.

In addition to the constant fare deals popping up for flights between the U.S. and France, there’s new service on the horizon. Starting in June, Boston, and Newark will have budget flight options from LEVEL and French Bee, respectively.

There are also nonstop flights to Nice from New York City (JFK and Newark), so you can check the French Riviera off your bucket list without a layover.

To avoid summer crowds and prices, travel in the spring (April to June) or fall (September to November). This spring, visit for the much-anticipated contemporary museum opening of the Bourse de Commerce – Collection Pinault.

And, if you’ve already been to Paris, consider exploring magical (and uncrowded) villages or taking a dreamy barge cruise. River cruise company, CroisiEurope, offers plenty of options in France, with all-inclusive prices starting at $2,669 for a seven-day trip ($381 per day).

Chill Out Like a Celeb in Riviera Nayarit, Mexico

Mexico is always a go-to spot for a cheap tropical vacation, but many of the beach destinations are over-touristed and can be pricey. Not Riviera Nayarit, the coastal region just north of Puerto Vallarta. With Puerto Vallarta as an access point, travelers can find direct and inexpensive flights from major U.S. hubs.

It’s hard to find a room rate of over $150 in the charming surf town of Sayulita. If you want something even more remote, look towards neighboring San Pancho. And if you’re looking for all-inclusive, you’ll find plenty of options along the beaches in Nuevo Vallarta, many with competitive rates.

Celebrities love the relaxed and understated vibe of the region, especially in the luxe Punta de Mita area. But 2020 might be the last year that the area is both affordable and low-key, with seven new properties set to open between now and 2022.

Explore the Culture of Laos:

Thinking of an affordable dream trip to Southeast Asia? Sure, Thailand and Vietnam get most of the spotlight, but neighboring Laos is another dreamy and cheap exotic destination waiting to be explored.

On the ground, costs are extremely affordable, as with most Southeast Asian destinations. Head to the capital of Vientiane, which Price of Travel notes is cheaper than Bangkok, or to the popular tourist area of Luang Prabang, for noteworthy savings.

According to Kayak, the cheapest fares from the U.S. to Laos are from Chicago. And while it may include a 30-hour travel day to get there, it’s possible to find fares under $500 from the U.S.

The South American hotspot has frequently appeared on our affordability lists over the past year, and we’ve added it again for a good reason. While low-fare carrier Norwegian Air’s expansion to the country proved to be a rocky business move, the airline recently sold its subsidiary to JetSMART.

The budget airline is expected to uphold the current flights to/from the U.S. and Buenos Aires. Time will tell if prices decrease even more though.

And what caused problems for Norwegian Air (the depreciation of the Argentine peso against the U.S. dollar) is helpful for travelers when it comes to on-the-ground costs.

Current exchange rates show that the peso is trending towards a five-year low compared to the U.S. dollar. According to the Price of Travel, a budget dinner is priced at just $4 U.S. dollars.

Make the most of a trip to Argentina and explore the wine region of Mendoza or trek among the granite peaks in Patagonia. Tour operator G Adventures is offering competitive prices on the following tours: 9-Days Mendoza and Bariloche Multisport starting at $1,784, 9-Days Patagonia Hiking starting at $2,294, and 8-Days Wellness Patagonia starting at $1,827.

Get Outdoors in Greater Zion, Utah:

For those looking to discover some of the best state parks in the U.S., the Greater Zion area is the best way to experience nature affordably.

While Zion National Park is undoubtedly worth a visit, the area is also home to four state parks with landscapes that rival the famed national park: Sand Hollow, Snow Canyon (which only has a $ 10-day entrance fee), Quail Creek, and Gunlock.

If you’re looking to experience Zion National Park, look into purchasing a national park pass, which costs $80 annually and covers the full per vehicle charge at any park. Also consider exploring Kolob Terrace, which is a lesser-visited area of the popular park.

Find freedom (and affordability) in mountain biking or hiking along the area’s seemingly endless trails. Save on accommodations by camping or staying at budget hotel brands like Holiday Inn or La Quinta in the areas of St. George, Hurricane, and Springdale.

To get around, renting a car is the best option, which also gives you some flexibility on what airport you can fly into, with Las Vegas being the closest major airport hub.

Relax on a Private Island in Belize:

Dream vacations don’t get much better than chilling out on your own private island. And at Turneffe Island Resort, you can do just that for a lot less than you might think.

The island is located just 30 miles off of the coast of Belize City, with a maximum guest occupancy of under 50. Prices for the all-inclusive resort start at $1,490 for a three-night package and if you’re an avid scuba diver, you can book a special package that’s $1,790 for three nights and includes five single-tank dives.

Fun fact: The island even operates on its own time zone, so you can vacation affordably on literal island time.

Cruising is one of the best ways to get the most bang for your buck on a vacation, and with so many of the world’s dreamiest destinations located on coastlines, you can explore places like the Caribbean South Pacific, and the Mediterranean via a cruise.

In terms of affordability, the U.S. News & World Report lists Royal Caribbean International, Celebrity Cruises, and Norwegian Cruise Line as the best cruises for your money in 2020.

Pro travel tip: Check out last-minute itineraries for even more savings if you have some flexibility in planning your dream vacation.

There really is nothing more festive than a European Christmas market. And in 2020, a dream trip to this holiday wonderland might be cheaper than you think.

There are plenty of river cruise companies that offer affordable dream vacations along the Danube, like Viking River Cruises’ Danube Waltz (at $312 per day) and U River Cruise’s Dashing through the Danube itinerary (priced at $350 per day). Prices include accommodations, meals, and most offshore excursions (though, fair warning, shopping is not included). 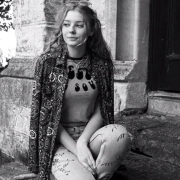 The Best Islands in Africa and the Middle East