Warning: Use of undefined constant REQUEST_URI - assumed 'REQUEST_URI' (this will throw an Error in a future version of PHP) in /home/projectfreetvonl/lucysmilesaway.com/wp-content/themes/jannah/functions.php on line 73
 Trekking to K2 Base Camp in Pakistan: Everything You Need to know
Facebook Twitter LinkedIn Tumblr Pinterest Reddit

The K2 base camp trek in Pakistan is one of the great hikes on earth. Trekkers follow a rocky trail that winds up the mighty Baltoro Glacier, passing through a colossal amphitheater of sky-scraping summits – including seven of the 19 highest mountains on the planet – en route to the base of the world’s second-highest peak. Feet twitching? Here’s everything you need to know about hiking to K2 base camp.

The spectacular Karakoram mountains of Pakistan are home to some of the wildest landscapes on Earth. And while tides of eager walkers flood the trails of Nepal, Pakistan receives just a trickle of trekkers in comparison.

But the Greater Ranges of Asia do not acknowledge borders and while the classic Himalayan routes of Everest and Annapurna may steal the limelight, the Karakoram trails of northern Pakistan are no less magnificent.

Beginning in the remote village of Askole, the trail winds its way along the grand Braldu Valley before mounting the Baltoro Glacier to Concordia. Positioned 12km from K2, Concordia is one of the few places on Earth where it’s possible to see four 8,000m peaks from one place: K2, Broad Peak, Gasherbrum I and Gasherbrum II.

Unlike the approach to Everest base camp in Nepal, where trekkers are treated to only teasing glimpses of the iconic summit, K2 is unimpeded by its satellite peaks and instead stands imposing, watching over all who tackle the trail to its base. K2 may be second in height and notoriety to Everest, but as a spectacle, it is second to none.

In 2018, Pakistan’s prime minister Imran Khan highlighted tourism as one of his main objectives after his election. The year 2019 saw the launch of a new e-visa system and relaxation of visa restrictions for over 50 countries.

Meanwhile, British Airways became the first European airline to resume direct flights to Islamabad, the closest international airport to the Karakoram. As an additional boost, a visit from the British Royal family has drawn the attention of the world’s media to Pakistan.

Tourist numbers have begun to climb, albeit cautiously. The number of trekkers registering to enter the Central Karakoram National Park rose by 50% from 2018 to 2019, albeit to only 1,300 in total.

It’s worth remembering that over 30,000 people make the Everest base camp trek every year. As such, trekkers in Pakistan can expect to find quiet and uncrowded trails throughout the season.

Pakistan has long-been touted as tourism’s ‘next big thing’, but alarming headlines have often discredited those predictions. Perhaps, Pakistan can finally realize its potential as a trekking destination to rival its Himalayan neighbors. If so, then now is the time to go.

Trekking to K2 base camp

The K2 base camp trek takes 14 days in total (up and down), and starts in the village of Askole. Once away from this small green oasis, the mighty Karakoram doesn’t take long to reveal its beauty. Serrated summits and towering cliffs rear up either side of the wide valleys.

By the end of the first- day trekkers are camped beneath the distinctive peak of Bakhor Das, affectionately referred to as Mango Peak due to its curiously shaped summit cone.

The following day the remarkable granite spires of Trango Towers and Cathedral rear up, standing sentry over the trail for three days. Once onto the Baltoro Glacier the first 7,000m peaks – Masherbrum and Muztagh Tower – appear.

Despite their dominance, it’s not long before the first 8,000m peaks emerge on the horizon. At the end of Baltoro Glacier stands the Gasherbrum Range, a massif of five peaks over 7,000m including two above 8,000m.

Another day of walking brings trekkers to the huge rocky amphitheater of Concordia that makes the European ranges look puny in comparison.

The eye is immediately drawn from the Gasherbrums, across the wide summit ridge of Broad Peak to the sharp and abrupt pyramid of black rock ridges and glinting snow gullies of K2. On this night, trekkers pitch their tents at one of the finest campsites on the planet.

K2 base camp is not the sea of yellow tents and prayer flags that’s found at the foot of Everest. Currently, there are no iconic signs; instead, a modest rockpile marks the site.

Depending on the time of the season and the number of expeditions, hikers may well find they’re alone at base camp. There, at the foot of over two vertical miles of rock and ice, the second-highest mountain on Earth stands proudly as a reward for over a week of toil.

Depending on their itinerary, trekkers either return to Askole back down the Braldu Valley or head towards the high pass of Gondogoro La (finishing the trek in the village of Hushe).

While the Gondogoro La pass provides an alternative perspective of the Karakoram, it also proves quite the challenge. Trekkers should be confident with an ice ax and crampons and willing to rise at the stroke of midnight to take on the high pass.

Whichever route one opts for, a trek through Pakistan’s mighty Karakoram to the foot of the world’s second-highest mountain is one of the world’s classic – and currently lesser-tackled – high-altitude adventures.

Distance: The trek takes around 14 days in total and, while no specialist equipment is required, climbers should be fit and healthy and have tackled at least one high-altitude climb before. Additionally, opting to tackle the Gondogoro La pass requires some basic rope work and the use of an ice ax.

Camping: The only accommodation available throughout the trek is camping. Tents are two-person affairs so solo travelers should expect to share.

Campsites are pitched either on rock, ice or both, so make sure to pack a thick, warm camping mattress. It should also be noted that most campsites do not have toilet facilities so prepare to do your business in the wild, following the principles of “leave no trace” (ie digging holes and burning toilet paper).

Equipment: It is common for porters to carry your personal gear. But this all depends largely on the level of service you pay for. The more expensive outfits provide chairs, dining table, toilet tent, and full porterage. Cheaper outfits require clients to carry some or all of their personal gear and forego the other luxuries.

When to go: The best months for trekking in the Karakoram are July and August, although the trekking season runs from mid-June through mid-September.

Outside of those dates, excessive snow remains on passes and north-facing slopes, keeping any passes above 3,000m closed. Unsurprisingly, the weather in the Karakoram can be changeable. Be prepared for a range of weather including wind, rain, snow and plunging temperatures, particularly at night.

Terrain: The terrain is far more challenging than the well-trodden trails of Nepal. On the Baltoro Glacier trails are constantly changing as the ice shifts and crevasses open up, so a degree of cross-country walking is to be expected. It’s also not unusual for rivers to swell to excessive levels or wash away footbridges, so be prepared to get your feet wet.

Access: To trek to K2 base camp foreigners must have a licensed guide with them and obtain a No Objection Certificate from the tourism office in Skardu.

The trek begins at Askole, which is a six-hour drive via 4WD from Skardu, in turn, a short domestic flight from Islamabad (journey time: one hour). Trekkers can leave excess luggage in Skardu at their guesthouse. Most visitors to Pakistan require a visa; more information is available on Pakistan’s official visa portal.

Safety and security: Despite recent improvements, foreign governments still advise against travel to several areas of Pakistan. Seek up-to-date advice on the situation in the areas you plan to visit before traveling. 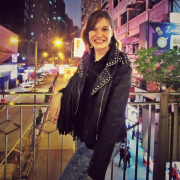 I just bloomin' love travelling - and would love for you to join me as I wander around the globe getting lost & sunburnt. Come say hi!

Travel advisory for Europe and Americans

Complete Lock Down of 12 cities of China due to Corona Virus.

HOW TO SPEND 48 HOURS IN GOSLAR